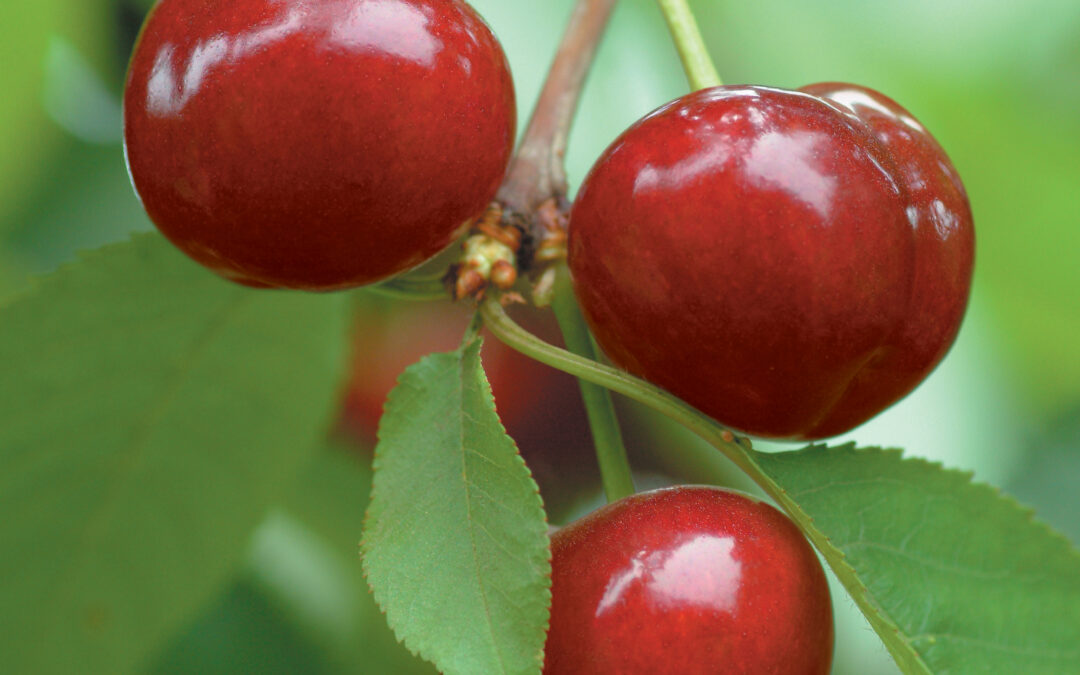 January 4, 2021. It’s summer in Chile, and that means it’s time for Chilean Cherries!  The Chilean cherry season is in full swing, with promotions ongoing throughout the month of January and into early February.

Over the past several years, Chile has earned a strong reputation as the world’s largest cherry exporter, with volumes increasing year on year. The Chilean Cherry Committee issued its second crop estimate for the season in mid-December, projecting an export crop of 316,184 tons, the equivalent of 63.2 million 5 kg cartons. This is an increase of 38.3% over 2019/20, and almost 6,000 tons more than the Chilean Cherry Committee’s original forecast for this season. This higher forecast marks a new record in exports of fresh Chilean cherries.

While the majority of cherries are destined for China, The Chilean Cherry Committee runs a targeted trade and consumer marketing program focused on boosting awareness and sales during the month of January.  This year, all activities have moved online, with a strong focus on the nutritional attributes of cherries.

Karen Brux, Managing Director of the Chilean Fresh Fruit Association (CFFA), states, “Chilean Cherries are a sweet seasonal treat, but they’re also rich in antioxidants and packed with immunity-boosting vitamin C.  A one-cup serving delivers 25% of the recommended daily amount! Now, more than ever, these are important benefits for shoppers.”  The Chilean Cherry Committee’s retail and consumer programs will reinforce these messages and also offer easy ideas to make meal planning just a bit easier.

The Committee kicked off online ad and web banner programs with regional supermarket chains across the U.S. in late December. They’ve also produced a 30: second video with registered dietitian Annessa Chumbley that both highlights the health benefits of cherries and offers family-friendly snack and meal ideas.  The video is being used across the Fruits from Chile social media platforms, and will also run during commercial breaks of TV talks shows in more than 15 cities across the U.S.