The aptly-named Metropolitan Region surrounds Chile’s capital city of Santiago – a modern metropolis with a population of 7 million. The region’s four major growing areas extend into the suburbs, and are home to some of the country’s finest vineyards. Surrounded entirely by mountains, the Metropolitan Region is considered to be a transitional area between the hot, arid regions to the north, and the lush Central Valley which begins in this region and extends to the south.

Because of its mountainous surroundings, the Metropolitan Region climate is not affected by coastal influences. This creates a climate that is steady and warm most of the year. Combined with the area’s rivers and canal systems, the growing conditions are ideal for the growing of grapes, kiwis, pears and stone fruits. 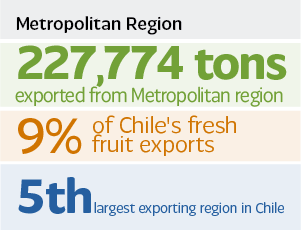 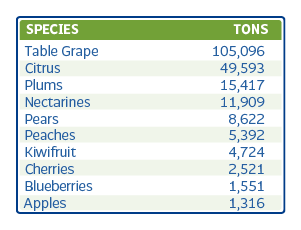 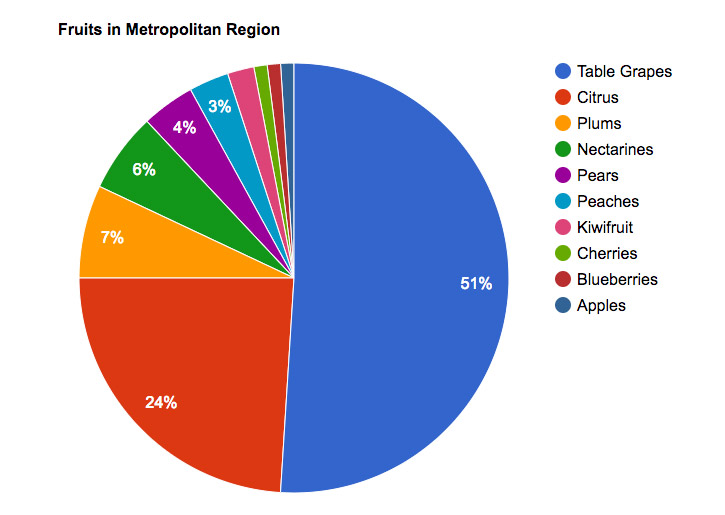 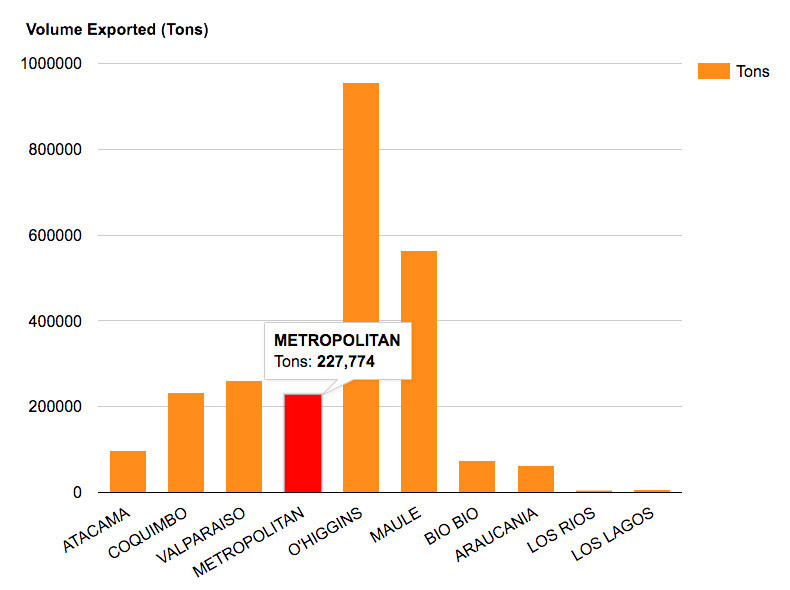